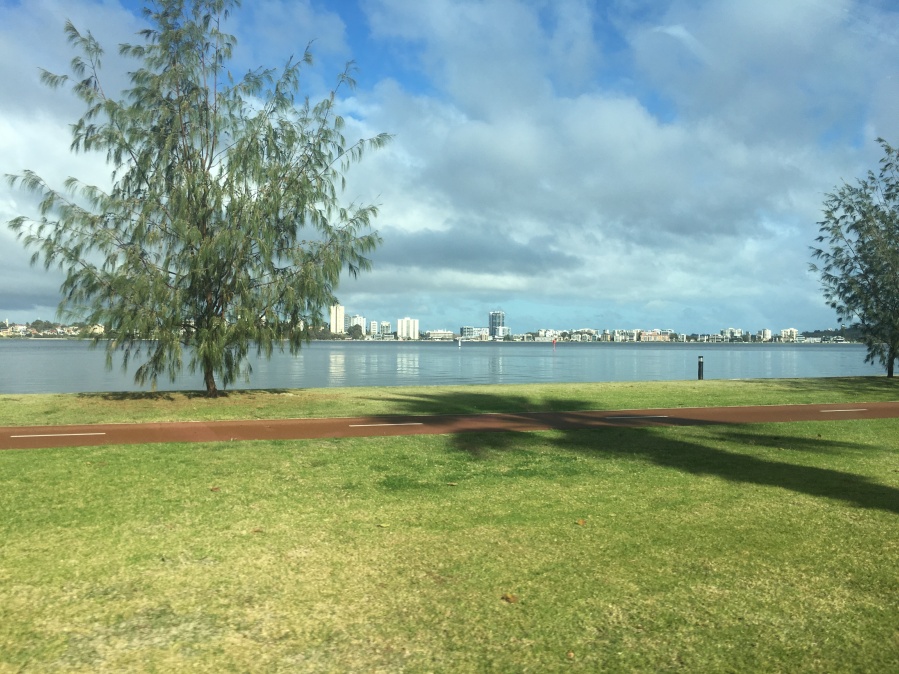 There’s lots to tell you about time with our most recent guests and our trip to Bandung and Yogyakarta, but I’m going to skip ahead a little to the past 48 hours.

Two days ago, we woke up to an air quality monitor in our apartment hovering around 180. Good air quality is between 1-50, moderate is 50-100. 180 is near the top end of unhealthy. I could just barely make out the city buildings in the distance. Even as we sough to escape the pollution, the air inside the airport seemed thick and hazy. Dry season means little relief from the smog in Jakarta.

Right now I’m sitting in a cozy little home in the suburbs of Perth, Australia. It is 15 degrees celsius outside and has been raining off and on for the last two days. I’m pretty excited to be here, despite the rain, but when we first discussed Perth as our school break vacation spot, I was skeptical. I really knew nothing about the city. It’s biggest draw at first was that it’s in a Western country and has lots of nature reserves in and around it. Fresh air and nature are what we’ve been craving.

After settling into our Airbnb, we headed to the grocery store, perhaps a little too hungry, and did our best to contain our joy at 3 for $5 avocados, good salami, more than six brussel sprouts for $4 and pure orange juice.

On day two, after a lazy morning waiting for the rain to stop, we drove to King’s Park to walk the trails and discovered some play-grounds. We all climbed to the top of the web-like structure on a high of fresh air and cosy sweaters. Then I noticed some little zip lines (the ones where you hold the handle and swing your body to move across) and encouraged the kids to try them.

That’s where a pattern emerged in our vacations. J fell and hurt his arm. He is not a boy who likes to deal with pain so let’s just say we thought he was overreacting. About 20 minutes later, when the tears didn’t stop and we noticed some swelling, we decided he wasn’t.

M found a clinic nearby. The very nice people there saw us quickly and referred us to a hospital for X-rays. A quick ride on the free city bus brought us there and, again, J was seen very quickly. However, after he and I went past triage, the nurse kindly told me that the hospital only treated adult patients. He was given a splint, sling, and some medication for pain and we were sent on our way again.

About ten minutes away and just on the other side of the beautiful park we started at was the children’s hospital. Even though it’s not ideal to hop from one place to the next, it really felt so easy compared to the difficulty we might have encountered in Jakarta, a major one being traffic.

Two hours after arriving, we had X-rays and a diagnosis. J had broken his left (thankfully) arm just above the elbow and required surgery to set the bone with pins. About 11 hours after it all began his surgery was complete and successful. He and I spent the night in hospital.

Now go back with me to September in Singapore. N chipped her tooth in the pool. Not too bad and it was quickly fixed in Jakarta. Then in March, 20 minutes after arriving at our villa, she fell and required stitches for her chin. Less than 24 hours after arriving in Perth, we were seeking medical attention once again. I’m not liking this pattern we have going.

I am thankful for the very kind, quick and great care J was given here. I am thankful we have enough time in Perth to spend a few days laying low without feeling like we’ve wasted a whole trip.

Plans may change a little, but there’s still lots to see and do. Our plans are not our own and I’m really learning how to give mine up and be flexible.

More to come on Perth and our travels on Java!